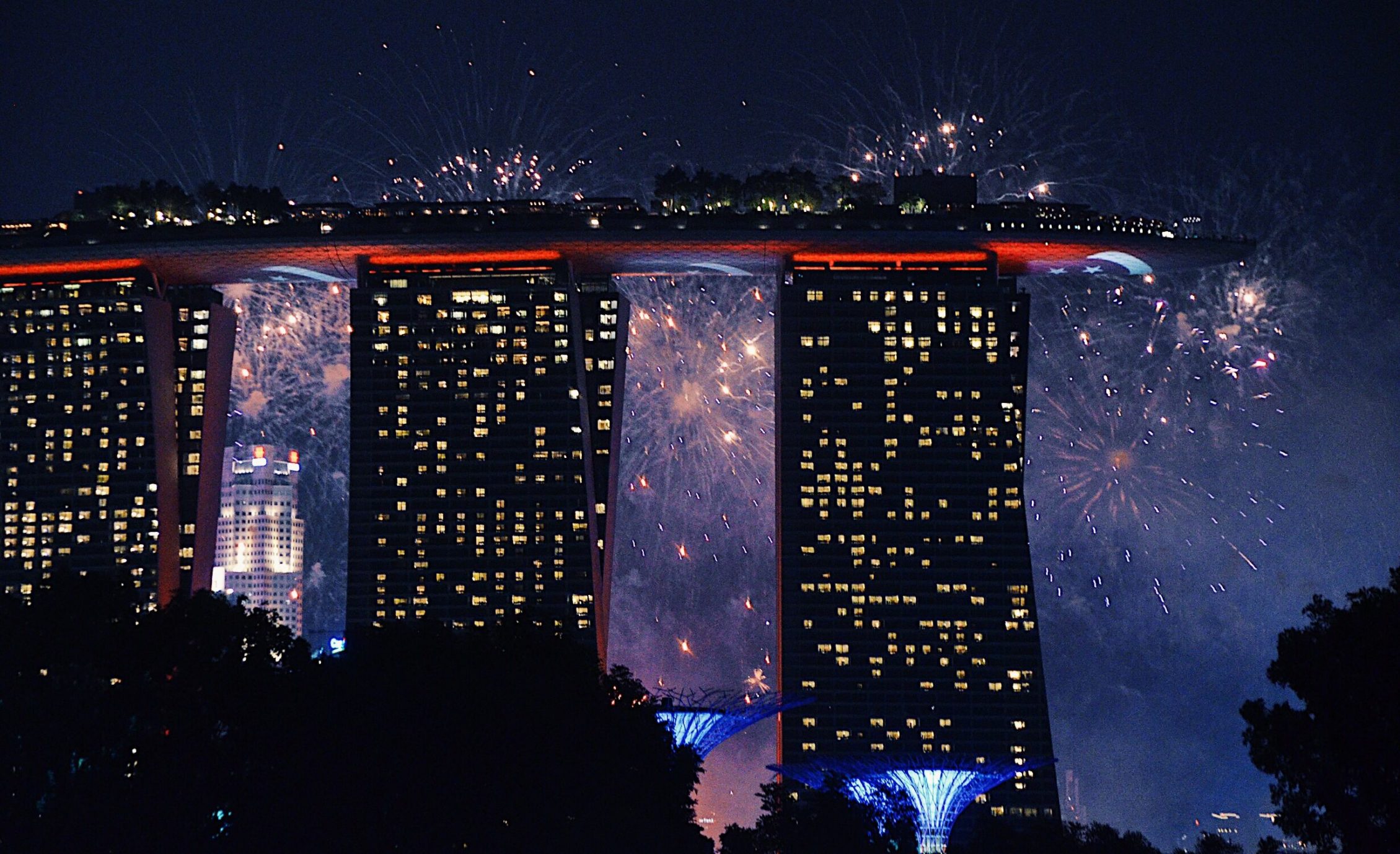 Singapore became a city-state in Southeast Asia when they gained independence from Malaysia. It has become a melting pot of different cultures and definitely a place to visit because of its popularity. It has become a tourist destination especially for Filipinos since you can travel to Singapore Visa-Free (visa is issued upon arrival for stays up to 30 days).

For the most part, people plan their itineraries ahead of time so they can get the most out of their vacation. Now, for this trip, some things went as planned. For others instances, I can only apply the idea of Murphy’s Law — “what can go wrong, will go wrong.”

And this followed me until Kuala Lumpur, Malaysia.

Throughout my stay in Singapore, I probably had less than 4 hours of sleep every night.

I like “red-eyes” or the last flight on a given schedule. I guess it’s because I am nocturnal and my circadian rhythms are not inclined to day time. We left Manila around midnight for our flight to Singapore. A direct flight is usually around 3 hours and 45 minutes.

We arrived in Changi Airport and stayed there for another 8 hours — to explore and wait for the kiosk to open so we can get the things that we needed : SIM cards, passes. etc.

From there,  we paid for a shuttle that took us to our hotel. In less than one hour, we were already on our way to Toa Payoh to get the drone that I rented.

Of course, we never came back to the hotel until it was really late and this went on for the entire trip.

My body is used to less sleep and a lot of rigorous/ physical activity. Usually when I travel, it involves a lot of walking and exploring. However, my friend was with me in Singapore and I saw how exhausted she was with the itinerary that we were following. This is also why I enjoy travelling alone ’cause I don’t have to worry about the physical well-being of anyone else, but myself (haha).

Don’t get me wrong, travelling with other people is great because you get to share experiences that will stick with you for the rest of your lives.

But anyways, Word Of Caution: travelling with me will probably wear you out lol.

In terms of not having enough time, we just didn’t get the follow the itinerary. In turn, we also wasted money on passes they weren’t fully utilized. 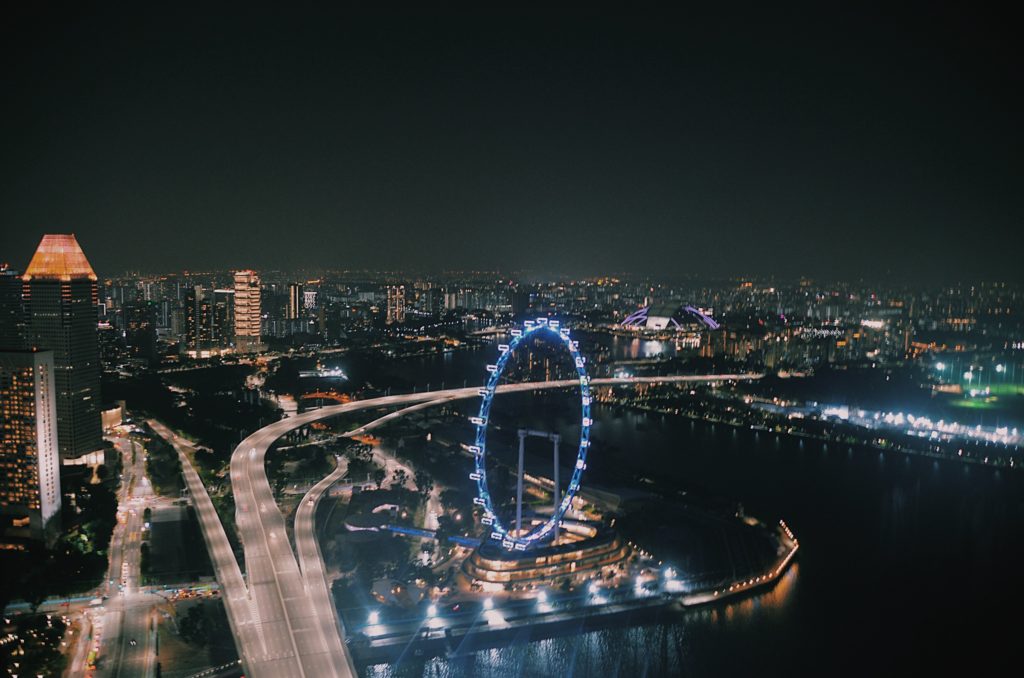 Originally, the main reason why I went to Singapore was to go to a LANY concert. I had purchased the tickets 6 months prior to the trip. During my search, Singapore was the most reasonable choice because of location and intimacy of the concert venue (Zepp Box). I had considered the Osaka Venue but it just didn’t fit well with my schedule during that time (I already had a planned trip to Osaka in April and the concert was in August). I had never been to Singapore before so I thought it would be great to just go during my birth month and tour the surrounding countries.

I was only told by a friend who lives in Singapore that it will be a National Holiday on the day that I will arrive.

During my trip, we managed to hit two birds with one stone — Singapore’s National Holiday followed by a Muslim Holiday.

On the bright side, I had the privilege of witnessing a spectacular fireworks show in honor of the National Holiday. Singapore knows how to put on a show.

Before I decided to rent a drone, I went through the rules of CAAS (The Civil Aviation Authority of Singapore). A drone is considered an un-manned aircraft and Singapore is very strict when it comes to the rules and regulations of aviation. In Singapore, standard limit to fly a drone is about 200 meters high.

Since it was a holiday, there was only a particular schedule that you were allowed to fly an aircraft. Reason being, supersonic jets would soon be flying above for the National Holiday.

The deck at the Marina Barrage is one of the perfect places to fly your drone. Open spaces and you’re already in a high place with a view of a lot of attractions like Gardens By the Bay, Marina Bay Sands and the Singapore Flyer as well as the Singapore Skyline.

On this particular day, it was windy and again, there were a lot people on the Barrage. Flying a drone with a lot of civilians can be dangerous and I tried to fly it as cautiously as possible. It was hard to control for 2 reasons: I was against the wind and there were too many people.

After about 20 minutes of trying to fly the drone, I was approached by security personnel. I even explained CAAS regulations and time schedule for that day. I even defended that as long as there were kites still in the air, I’m still allowed to fly a drone. Surprisingly, the security personnel just smiled at me and agreed. I tried to fly my drone again for another 15 minutes, but I encountered the same problems. Again, I was approached by a different security personnel.  At this point, I just avoided conflict and told them I was going to put away the drone.

Even though, I had the drone for a couple more days, I didn’t get another opportunity to use it.

4. I Didn’t Get The Shots I Wanted

There was a particular shot that I wanted to take at Gardens By the Bay. It was a sunset shot that would include the Supertrees and the Marina Bay Sands in the background.

Well, that didn’t happen either lol. Gardens by the Bay was crowded. People were sitting everywhere waiting for the fire works show to start.

Since I didn’t want any people in the shot, I decided to climb on a rail so I can get more elevation to avoid people in the composition/frame.

I was able to take the shot and on the way down I slipped and almost fell over. In the process, I ripped  my pants in places where you don’t want pants to be ripped. Luckily, I was wearing a jacket, which I used as a cover.

It was not my day. 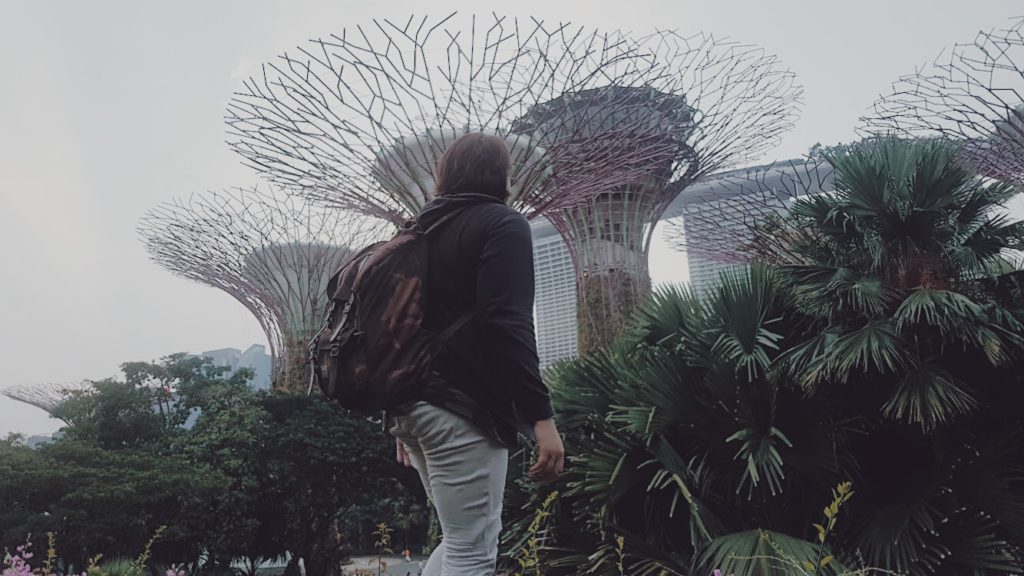 5. We Depended on Grab Way Too Much

When your hotel is in Geylang, you don’t have direct access to the Metro Rail Transit so you’re left with buses or Grab. Buses can take a long to arrive, so for our mode of transportation, we used the car-hailing app, Grab.

I do not recommend using Grab all the time since it can be costly overtime. A typical ride will cost around $8-$12 (SGD) and your destination is only a few kilometers away. The Metro will only cost you  less than $2 (SGD).

6. I Didn’t Get My Helium Balloon At Central Perk

Central Perk is a F.R.I.E.N.D.S themed cafe in Singapore located near Clarke Quay.  In fact, this is only one outside of the United States that has been granted intellectual property by Warner Brothers.

We just finished brunch in Chinatown so we decided to get dessert and coffee at Central Perk.

I only wanted one thing: Chandler’s Helium Balloon. It’s basically a flavored edible helium balloon with a side of candy and yogurt ice cream. Plus, you get to talk in a funny voice.

I had been thinking about that edible balloon for months and guess what? It wasn’t available during the weekend.

Yep, it was a freaking Saturday lol. 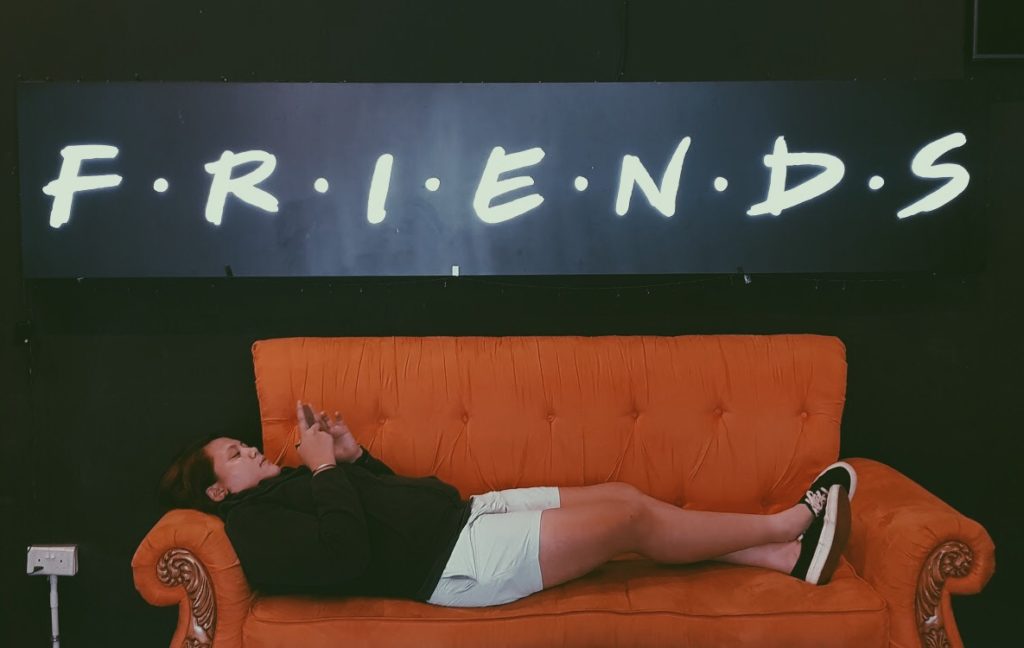 Out of all the experiences that I had in Singapore, this one takes the cake.

I had put my micro SD Card in a card adaptor the night before and left it inside overnight. The next morning, I was in a hurry to put it back inside one of my cameras. I noticed that it was really stuck in the adapter.

So, I pulled with force and then I heard a ‘crack.’ When I heard the sound, it felt like my world came crashing down. I tried to fix it and check it out, but I ended up breaking it into two pieces.

All my material on my osmo pocket for the past few days was just gone. I was literally in a state of hysteria and panic.

I’m thankful that I shot some material on my other camera, but I was probably catatonic for a good hour.

If you ever find yourself in any kind of video production, you’ll figure out how important ’mats’ are.

So I was able to recover, but our itinerary for that day was not possible anymore. That was the day we were suppose to be on Sentosa Island for most of the day and we ended up starting our day at 2:00 pm, which didn’t give us enough time at all.

But I guess that was just the icing on the cake because I lost my luggage enroute to Kuala Lumpur, Malaysia (from Singapore) 🙂

Check Out My Singapore Travel Videos: